Thumbs Up For Stephen 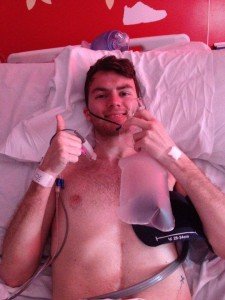 Stephen Sutton was diagnosed with colorectal cancer at the age of 15. Despite aggressive radiation and chemotherapy treatments, at 17 he was told that his condition was incurable.

Despite the grim prognosis, Stephen created a “bucket list” – a list of things that he wanted to do before he died. It was his work on ticking off the ambitions he listed that drew the world’s attention to his cause and at the 29th May, he had single handedly raised just short of £4,000,000 for the Teenage Cancer Trust.

Stephen passed away in his sleep on the 14th May aged 19 having achieved more in his short life that many of us will achieve in our own. It is for this reason that he is being remembered here and why the world should also remember him on Friday, 30th May – the day of his funeral.

Stephen’s friends and family have suggested that anyone aware of his story take a moment at 11am on Friday morning to give a Thumbs Up For Stephen – whether giving the thumbs up to a stranger, performing a random act of kindness or just doing something that makes them feel good. People can even take a cheerful “selfie” at this time, and if anyone local wants to share a photo, they are welcome to do so on the Delvin Facebook Page.

1) Raise £10,000 for teenage cancer trust- NEW TARGET.. £1,000,000 – DONE
2) Skydive for charity – DONE
3) Bungee jump for charity (at some place like the Macua tower, Verzasca dam, Victoria falls, etc)
4) Organize a charity party – DONE
5) Charity waxing and head shave
6) Write a book – DONE
7) Release a “tumour humour” joke book containing jokes, funny stories and anecdotes from cancer, that can help people to look at the brighter side of life
8) Organize a charity football match – DONE
9) Do a charity hitchhike visiting every Teenage Cancer Trust unit across the country
10) Write, record and release a charity single with my old band
11) Organize a charity gig – DONE 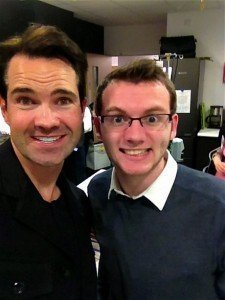