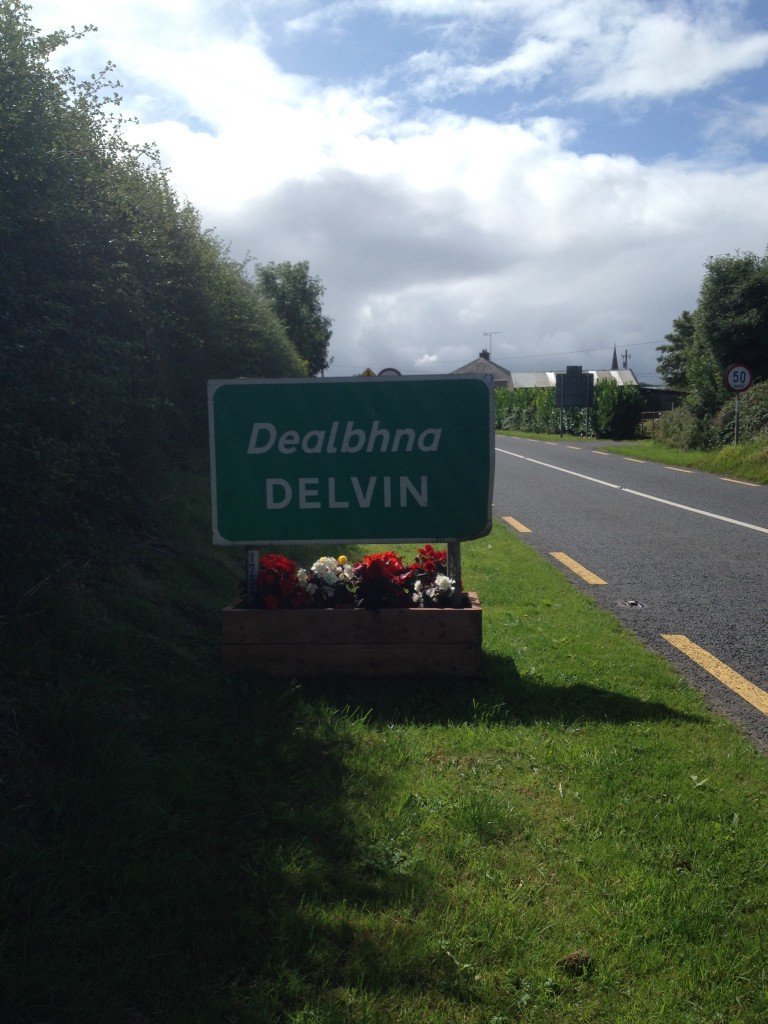 The results of the national Tidy Towns Competition will be announced in September but irrespective of what the judges might say about our village in their report, Delvin is looking amazing this year!

My photos cannot do justice to the efforts of the Tidy Towns volunteers or the local businesses that have invested so much time and effort in reaching such a high standard. These efforts have not gone unnoticed by visitors either. Only last week, a coach stopped in the village so that tourists could walk around the now well maintained ruins of St Mary’s and take photos of this impressive local feature. When Body & Soul returned to Ballinlough at the end of June, our village was a welcoming sight for the thousands of extra visitors that passed through, many of whom supported our local businesses over the three days.

Impressive floral arrangements have been in place outside Lacora Glen and Castle View and also on the northern approach roads from Castlepollard, Kells and Athboy. Businesses including the Caman Inn, Barry’s Pharmacy, Tierney’s, Lenihans Butchers, Gaffney’s and The Blue Hackle – put out colourful displays. The new shopfront at McCormacks Stores has certainly added to the overall look of the Main Street.

Slowly but surely, the wounds of recession appear to be healing. Kenny’s Shop reopened adding an extra buzz in the village centre and work on the derelict property opposite Michael Leonard’s shop is progressing well.

It is understood that Westmeath County Council will be replacing footpaths and undertaking resurfacing work on the main street later this year. If this work is carried out as planned, there will be no stopping us in 2015!