Two More Chances To Visit The Mean Streets of Garradrimna! 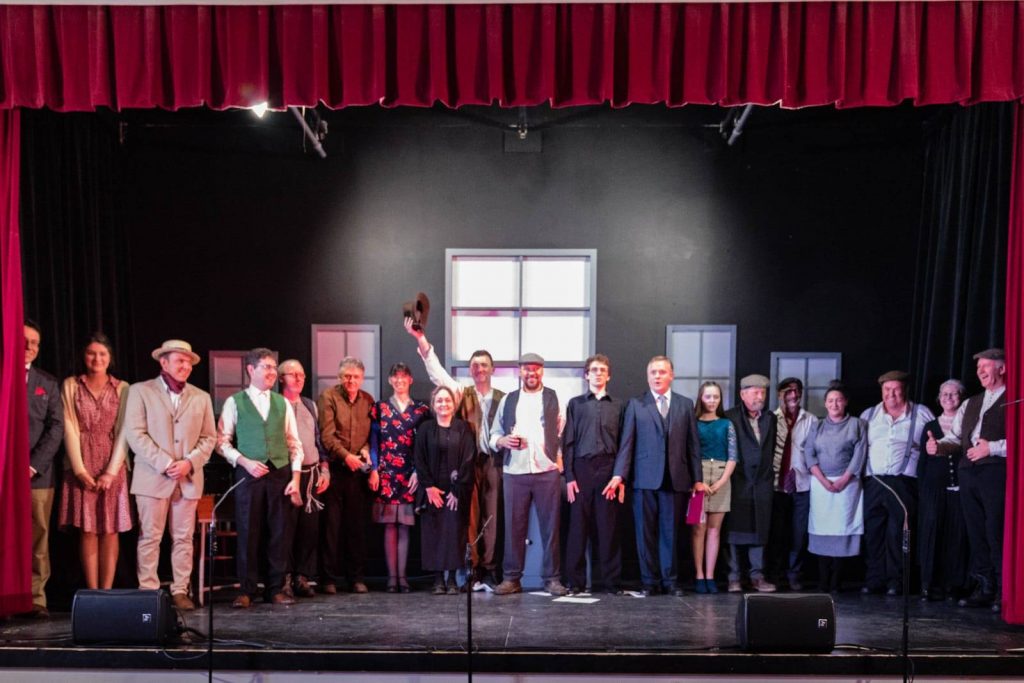 Back by popular demand! Rapscallion Drama Group will present “The Mean Streets of Garradrimna” – a play by Frank Shouldice and directed by Teresa Coleman – on Thursday 20th and Friday 21st September at St Patrick’s Hall. Tickets – priced €10 – are on sale from Michael Leonard, Coffee Boutique & Daybreak.

After the success of our performance in May and the repeated calls for an encore, Rapscallion Drama Group are pleased to announce that we are back on stage in Delvin for two more performances of “The Mean Streets of Garradrimna” on Thursday 20th and Friday 21st September 2018 at St Patrick’s Hall.
Our writer Frank Shouldice has provided us with a revised extended script that digs deeper into the on-stage shenanigans as Brinsley McNamara and the Delvin characters he created go at each other hell for leather!
The action takes place as the story of “The Valley of The Squinting Windows” is played out on stage at breakneck speed and with laugh after laugh!
Come and see this piece of local history brought to life on stage in an unforgettable night’s entertainment.
Doors open for both performances at 8pm with curtain at 8.30pm sharp.
Tickets on sale at
Delvin- Michael Leonards, Daybreak, & Coffee Boutique
Athboy – Smyths Newsagents
Castlepollard – Murrays Checkout
Mullingar – Just Books Pearse Street
Online ticket enquiries to rapscalliondramagroup@gmail.com
Phone enquiries – 0872323488