St Patrick’s Hall was built in 1832 and began life as the original village chapel. A stone marking the date is still visible to the rear of the building. Following completion of its replacement, the Church of the Assumption, the roof of the old chapel was removed and the building was left to rot for nearly fourty years.

In 1918, the chapel was given a new lease of life, being fully renovated and it now serves as a parish hall.

St Patrick’s Hall was extensively refurbished in autumn 2009. Aside from basic works including installation of new windows and external doors, upgraded insulation, a new heating system, better lighting, and new toilets; the kitchen was fully refitted and the stage was refurbished. 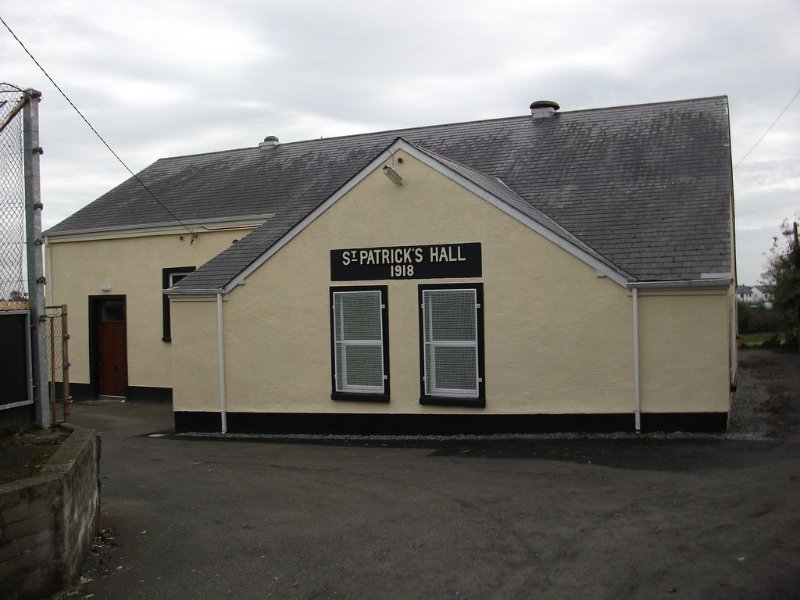